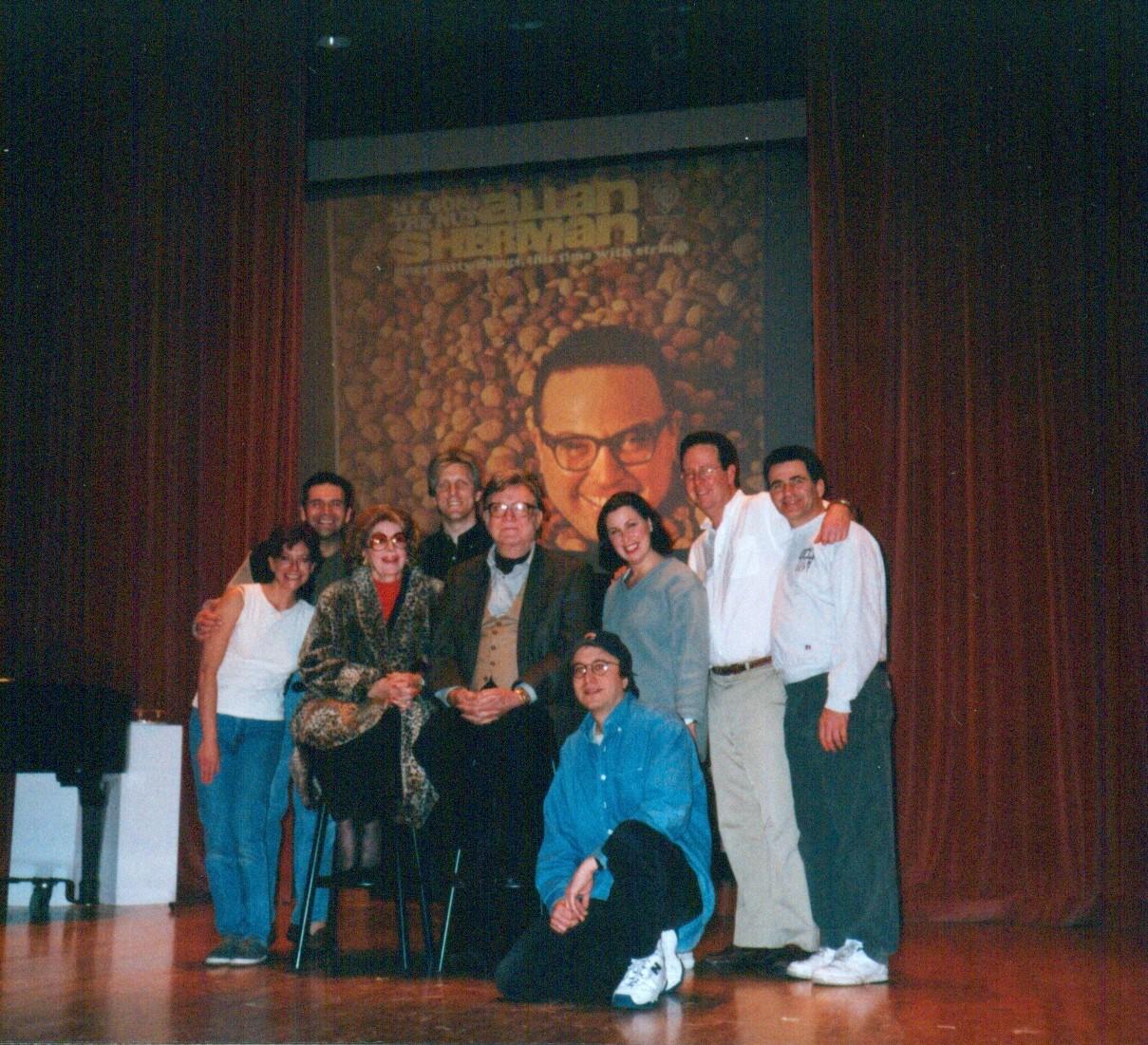 Steve Allen and Jane Meadows are big fans and friends of the late Allan Sherman.

It was a pleasure to meet you — and to hear you play — when I was present
at the performance of “Hello Muddah, Hello Faddah” the other evening.

I greatly enjoyed your mastery of the art of accompaniment, an aspect of music concerning which I have no competence whatever.

As promised, I’ve asked one of the staff people to send you a few odds-and-ends I’ve written over the years.

Here is more information about the show, from the University of Judaism’s web site

The University of Judaism’s Performing Arts Department is pleased to present four lively performances featuring the songs of comedic TV writer and composer Allan Sherman. Celebrate a new century with musical performances on Saturday, January 8, at 8:30 p.m., Sunday, January 9, at 2 (sold out) and 7:30 p.m., and Tuesday, January 11, at 8 p.m.

“Hello Muddah, Hello Fadduh” was conceived and co-written by longtime Sherman devotees Douglas Bernstein and Rob Krausz. Using a series of connected comic sketches, they give audiences a fast-forward review of the life and times of Barry Bockman. Audiences are introduced to Barry in his cradle years, watch him grow up and get married, become a parent and a grandparent, and move into old age and retirement in Miami Beach.

Important moments in the character’s life are highlighted by some of Allan Sherman’s best loved songs: “Won’t you Come Home Disraeli (Bill Bailey),” “Shine On Harvey Bloom (Harvest Moon)” and “Jump Down, Spin Around, Pick a Dress of Cotton,” which immortalizes the white sale at Bloomingdale’s.

“Hello Muddah, Hello Fadduh” is pure entertainment. Sherman fans, both old and new, will be laughing and singing along.

Preferred and regular seating is available at $30 and $25, respectively. The University of Judaism’s Gindi Auditorium is located at 15600 Mulholland Drive, Bel Air, California, just off the 405 freeway. To purchase tickets, or to obtain more information about this and other shows, please call (310) 476-9777, ext. # 203.