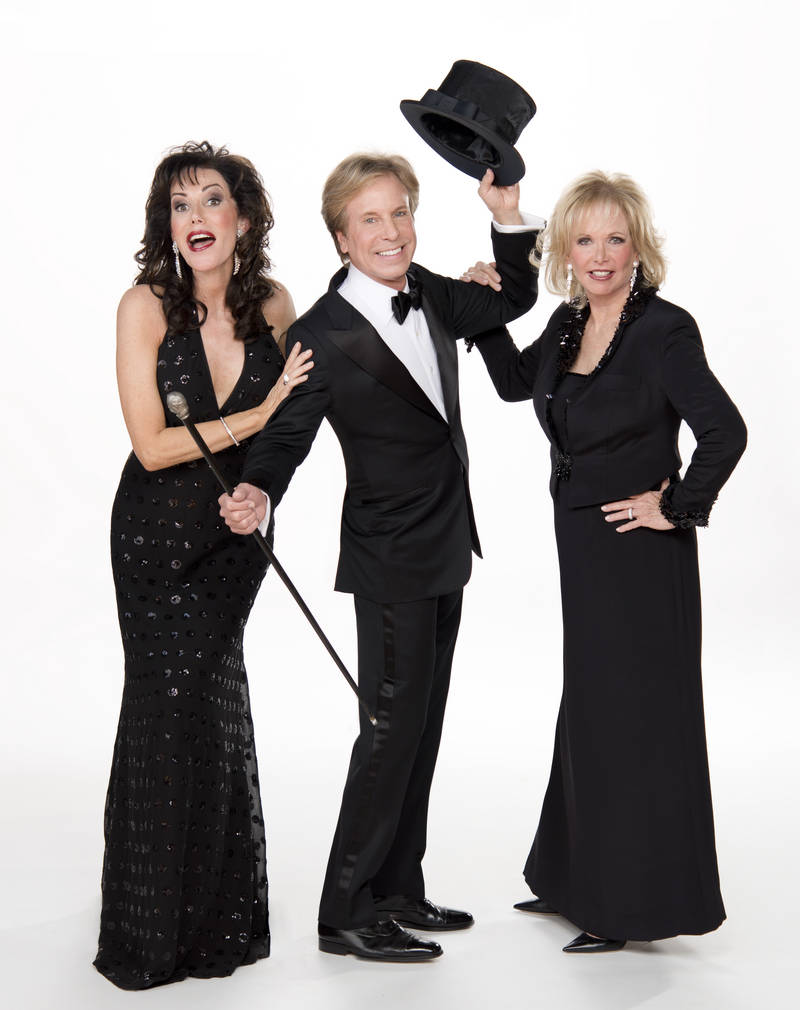 COSTA MESA, CA–(Marketwired – Oct 12, 2015) – The world famous Cocoanut Grove in Los Angeles may be long gone but ACT THREE™ vocalists Lynn O’Hearn Wagner, Judy Whitmore and Bill Grubman, along with their 12-piece band and guest saxophonist Jerry Mandel, promise its nostalgic return in an unforgettable evening of musical memories on Saturday, November 14 at the Segerstrom Center for the Arts. Paying tribute to the Great American Songbook and reviving the timeless 40s and 50s music of Cole Porter, George Gershwin, Vernon Duke and Johnny Mercer, the group — with direction from Myrona DeLaney and musical direction from John Sawoski — will transform Samueli Theater into the legendary nightclub in Return to the Cocoanut Grove. The performance will benefit the Artist Scholar Sponsorship Program at the Orange County School of the Arts (OCSA) which provides financial assistance to qualified students from socio-economically disadvantaged backgrounds.

Sharing a passion for singing since childhood, Whitmore, Grubman and O’Hearn Wagner, who made their debut at Carnegie Hall in New York City last October, are redefining their stage of life and proving that you’re never too old and it’s never too late to follow your dreams.

ACT THREE vocalist, Whitmore, spent many years as a theater producer and writer and holds a master’s degree in clinical psychology, and her brother, Bill, spent 40 years in the boardrooms of corporate America before encouraging Wagner, Whitmore’s neighbor and successful advertising executive, to defy the stereotypes and take the leap together.

“Simply because you are older doesn’t mean your personality or aspirations change,” said Wagner. “ACT THREE came together out of a shared lifelong passion for musical performance that had laid dormant in each of us since childhood. There is really nothing more fulfilling than performing for the joy and fun of it.”

It’s that positive attitude which attracted Jerry Mandel, former vice chancellor of UC Irvine and President and CEO emeritus of the Orange County Performing Arts Center, to accompany the trio as guest saxophonist. After a 35-year hiatus from music, Mandel has risen to music acclaim, playing tenor and soprano sax with three bands at venues including the Pageant of the Masters and Bayside restaurant in Newport Beach. “I played sax in high school but stopped, concluding I would never be very good,” says Mandel who, in addition to music, volunteers on the boards of the Orange County High School of the Arts, the Tiger Woods Foundation and the Clare Trevor School of the Arts at UCI Deans’ Arts council. “It took me 40 years to understand it was not a lack of talent; it was a just lack of dedication.”

If there’s one thing the group hopes their audience will take away from Return to the Cocoanut Grove — other than a night of light-hearted fun and great music — it is the notion that the road to your dreams never really disappears. In addition to the November concert, the trio’s first album will debut in spring. Plans are well underway for releasing the documentary film, “Once Upon a Dream,” which chronicles their journey to Carnegie Hall. The film is expected to play at film festivals across the country.

Notes regarding the performance, Return to the Cocoanut Grove:

For more information about ACT THREE, visit www.actthreesingers.com. To purchase tickets to the performance, visit http://www.scfta.org/Events/Detail.aspx?id=13519 or contact 714-556-2787.

ABOUT ACT THREE: ACT THREE is a singing trio of lifelong friends sharing a passion for music and the performing arts. Reuniting after decades spent pursuing other careers, the group will be making their debut as ACT THREE in November 2015. In addition to the November concert, Return to the Cocoanut Grove, the trio’s first album will debut in the spring. Plans are well underway for releasing the documentary film, “Once Upon a Dream,”which chronicles their journey to Carnegie Hall. The film is expected to play at film festivals across the country. For more information, visit www.actthreesingers.com.