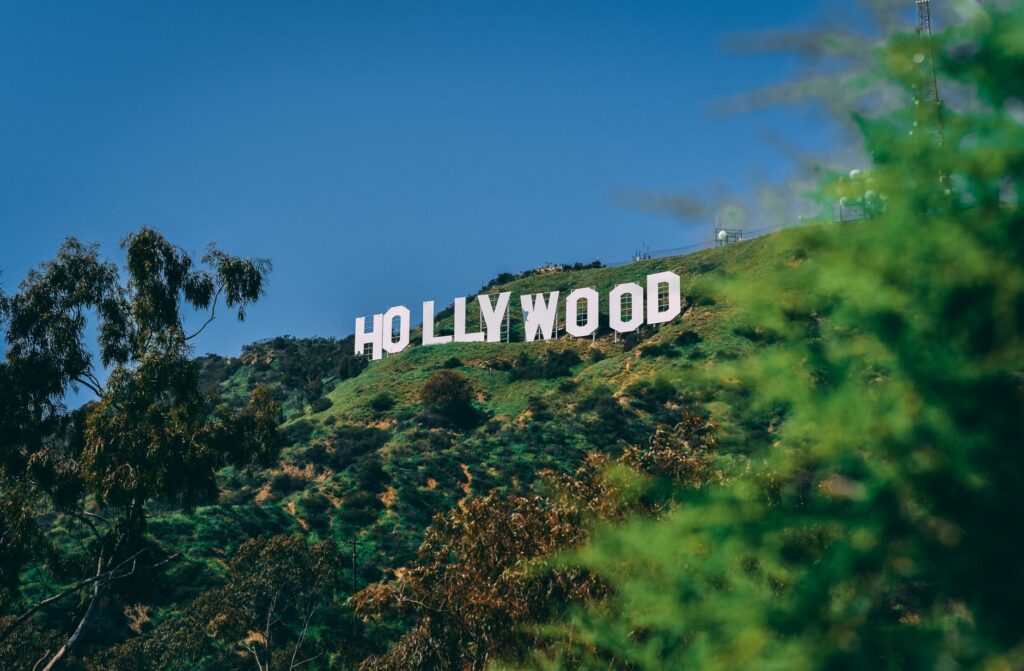 “WE WERE SITTING AROUND IN THE editing suite,” says writer-director Robinson Devor. “It was very depressing. Things were kind of dragging, and we knew we had a longer road to go down. The phone rang, and we said, ‘Don’t even pick it up.’ Then Joe got the call.” The call was from Richard Peña, director of the New York Film Festival, and the news was as sensational as the 35-year-old tyro director and his high school buddy, newly minted producer Joe McSpadden, could have dared dream. The Woman Chaser, a genuinely independent, low-budget feature shot entirely in and around Los Angeles, had been accepted into the 37th New York Film Festival. “We were announced in The Hollywood Reporter as being in New York on a Friday,” says McSpadden, “and literally that morning the phone started ringing off the hook. A lot of people, especially acquisitions people, say, ‘Were you guys hiding in the weeds?’ The truth is, not really. We were in the production reports in Daily Variety, we sent out a press release, and no one paid attention.” Until now.

Based on the 1960 novel of the same name by pulp master Charles Willeford, The Woman Chaser tells the story of used-car salesman turned filmmaker Richard Hudson, a native Angeleno slab of beef with a hard-on for Hollywood. Three years ago, Devor picked up a copy of the novel in a mystery bookstore in Redondo Beach. He pursued the rights, wrote a script and shopped the project around town with little success. “People responded positively to the script,” he says, “but they also knew it was not a huge commercial film. They didn’t have a problem with the fact that Richard Hudson’s somewhat of a contemptuous character. It was just getting someone to take me seriously. When all was said and done, last summer I just said, ‘Screw it. I’m just going to go forward. If I have to make it for $20,000, well, then, that’s just the way it’s going to work.'”

As it turns out, the film was made for more than 20 grand. (“My quotable quote around investors,” says McSpadden, “is ‘It’s slightly more than The Blair Witch Project but a lot less than Titanic.'”) What cinched it for Devor was signing Patrick Warburton, best known to Seinfeld fans as Elaine’s erstwhile boyfriend Putty. “This is the role Patrick Warburton was born to play,” says McSpadden. “This will forever put a stake in the heart of Putty, which for Patrick, professionally and personally, is very important.” The film was shot in 38 days over a four-month period, the stop-and-go production dictated by Warburton’s guest bits on TV’s NewsRadio. Shot in 35mm color, then transferred to black and white, the film has a sumptuous tonality and fluid camerawork that bring to mind I Am Cuba. If it’s half as good as its two irresistibly entertaining trailers, The Woman Chaser will be a knockout.

Devor, who had to quit his job as an advertising copywriter (“I was kind of proud of the fact that I shot two-thirds of the movie without my day job knowing”), is currently living off a minor stipend from the production budget, all of which was raised through friends. Devor and McSpadden have decided not to show the film to distributors before it premieres in New York later this month, despite the pressure and enormous temptation. “We wanted to put our best foot forward,” says McSpadden. “The best foot for us is when the print’s going to be ready.” This is the producer’s first movie as well, and he’s careful about not seeming overly excited. “We’ll see,” he says about the future. “It’s an overnight town, but it doesn’t happen overnight. It takes about 10 years, and I’m right on schedule. August is the beginning of my 11th year here.”